This month’s post is brought to us by one of the oldest–that is, one of the earliest–members of NazToo, Gloria Coffin. Pastor Gloria has a strong affinity for the community of spiritual worshipers beyond the limits of traditional religious beliefs. When asked, “Where is your church?,” she responds with a secret smile, and says, “I carry my church with me everywhere I go.” A public speaker, writer, editor, ordained minister, teacher and obsessive Facebook devotee, she defines herself as an “Identity Support Coach” who is convinced that self-worth, healthy boundaries and universal respect can change the world. The recipient of a full scholarship (Bay Path University) in her senior year pursuing a BA in Psychology, Counseling Foundations, she feels incredibly fortunate to have the love and encouragement of family members who always make her proud. 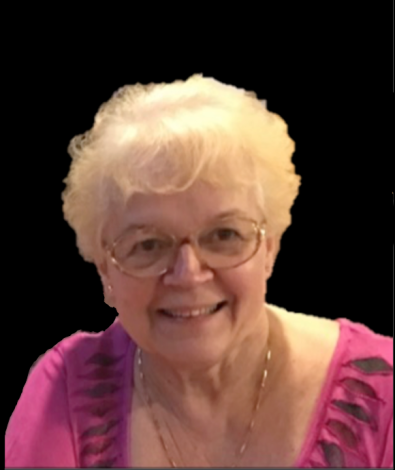 It was going to be an extremely hot weekend in Alabama where I was speaking Sunday morning from my role as Director of Pastoral Care for a not-so-traditional ministry of our Wesleyan Holiness denomination. Saturday was supposed to be relaxing except for setting up our booth in the sweltering heat at the outdoor stadium and sitting there to answer routine questions. Always anxious to engage pleasantly and calmly, I believed my bases were covered.

I was prepared for Sunday with the usual Powerpoint discussion demonstrating compliance with the church and explaining the acceptability of a more loving welcome within that context. I slept well Friday night.

By midday Saturday, I was still feeling confident, although not terribly pleased with the salty perspiration pouring from my eyes and drenching my carefully selected outfit. There was more than one reason I lived in the northeast! Even so, things seemed to be heading in the right direction for the next morning. Thankfully my sunburns tend to tan overnight!

What I had not anticipated was the late afternoon suggestion from the lead pastor and event organizer. He thought those in attendance “would like to hear how you got this way. Where did your advocacy for this marginalized segment of our population begin?” In the hours following that question, the colorful reels of my life played backwards in my head.

First, I generalized. I’m not a fan of inequality. Injustice makes me crazy. I’ve worked part time with a variety of misunderstood and sidelined groups, although each one had initially revealed a mortifying deep-seated bias of my own.

Next, I recalled the people I met along the way. I knew the effect of spoken and unspoken values. I recognized how society and religion’s rules, mostly in the form of barriers to participation, reflected subjectivity and lack of information.

Finally, I watched with my mind’s eye as scene followed scene, reminding me of the convoluted paths the marginalized often have to take. Not only had I observed the damage to individuals’ wholeness when doors were only opened to the “acceptable,” those who fit the right description as crafted by panels of their peers, but I had also experienced such inequities firsthand.

With that, the reels began to crinkle from signs of age. As color faded to black and white, retracing my journey revealed the impact of similar travesties on loved ones from my youth and childhood. How, indeed, did I “get this way?” When did it begin? Was it nature or was it nurture?

Eddy M’s contorted body would not follow his mind’s directions, his speech sounded incoherent to most, but he delighted in attending the church of my youth. On any given Sunday morning when Daddy and I exited the car parked in the church lot, Eddy would already be limping and twisting his way as quickly as he could in our direction. He never seemed to understand he could have saved himself the effort by waiting for us. Maybe when he saw our car arrive, he was just too excited to exhibit restraint. At some point along the brick and cobblestone walkway to the front doors, we would all reach a proper space for greetings. With his arm bent at the elbow, Eddy would grimace to push his hand into the air and force the sound of something deep and grunting from his throat. I began to recognize it as the equivalent of a drawn out, “Hi-i,” and my father’s name. Often people in the church, old as well as young, made fun of Eddy M. My father, however, always stopped walking to carry on a conversation with the man most others cast off as awkward, intrusive and, that horrid word, “retarded.”

I thought my father was right up there with God. He never spoke a negative word about anyone, was a dedicated family man who worked three jobs so his wife and two daughters could live as if money was no object while he inserted cardboard into his cowboy boots to cover the holes in the soles. Unassuming in social contexts, he was always early for his assigned task as usher at the back of the church. He lived what was called a clean life. He was a good man.

An avid outdoorsman, he was highly esteemed as Explorer boy scout leader at the church, annually taking the scouts and a few young girls on climbs up Katahdin, the highest mountain in the state and an impressive stretch of the Appalachian Trail. There were always boys hanging around who looked up to him. I usually rode with Daddy to the campground when he transported the scouts and their gear for outdoor weeks of building fires and finding their way in the woods with a compass. It was a treat to be his daughter. When parents and siblings of scouts would chuckle, “All [they] ever talk about is ‘Your father this, your father that,’” it was clearly a credit to his intention to influence and guide youth who appreciated the outdoors and needed someone to show them the wise and healthy way to enjoy it most.

It was not only boys who benefitted from my father’s interest and investment of time. Girls from our youth group still remember the arrangements he made to attend Pioneer Girls, the church’s female scouting equivalent, to teach them backpacking, knot tying and survival techniques before showing them in an outdoor setting how to build their own fires and put up a tent, the tricks to tightly rolling a sleeping bag or making sharp corners in a bedroll on a cot. Always after the demonstration came the words, “Now you can do it,” revealing his intention to encourage and empower. My father placed equal value on every person he met. He believed in their potential. When it came to the world around him, he treated all of nature with the same intrinsic reverence.

Eddy M. especially wanted to be part of the scouting program. With my father as leader, he was always welcome and assigned achievable tasks to go with the role of assistant. Daddy’s down-to-earth, unpretentious approach to leadership, his all-inclusive compassion for humanity, and his gentle strength of character were impossible to miss, enabling him to succeed in his desire to encourage others. No one assigned achievable tasks better than my father!

It was no surprise to me when Daddy came through the kitchen door one day and told my mother he had been asked to serve on the church trustee board, a responsibility in tune with his own interests and a position he considered a great honor. As he stopped to ponder something I thought must be really important, we waited for the rest of the story. His eyes were serious and his face was stern. Finally, he spoke thoughtfully, “I am going to have to tell them I smoke,” referring to the habit he never hid but did not advertise.

I knew of others in special roles who did not comply with church conduct requirements, but there never seemed to be any consequences related to their participation. Some kept their activities a secret while others were obvious, but there was no doubt in my mind the ethical man standing in front of me would never accept the position without acknowledging his shortcoming, even though he knew he could keep it to himself. He did the right thing. My father was a good man.

In the following days I watched as my father was not only dropped from the trustee board’s invitation list but was also removed from serving as an usher. I could not believe they discarded a man who only wanted to serve his church and the people with integrity, to share wisdom and knowledge on the trustee board and to offer parishioners a warm personal welcome, addressing each one by name and helping them find just the right seat. What no one had seen coming was the decision to remove him as leader of the Explorer troop, cutting him off from oversight of his greatest work, guiding youth to become leaders as they journeyed to adulthood.

Suddenly I realized retracing my story was going to be far more enlightening to me than sharing my ministry message could possibly be for the guests. Awake all night replaying one tape after another, I watched as similar circumstances drove my primary focus to love my neighbor as myself and to always speak up when faced with injustice. I recalled as a young mother joining the Church of the Nazarene, convinced I would be free to continue sharing from a spirit of unconditional love. It was an absolute confidence based on the church’s historical affirmation of the quote attributed to St. Augustine, “In essentials, unity; in non-essentials, liberty; and in all things, charity.”

There are moments when life changes and we are never the same. That weekend in Alabama was one of those moments.